Electra Glide in Blue is a 1973 film starring Robert Blake as a motorcycle cop in Arizona and Billy Green Bush as his partner. The movie was filmed in Monument Valley, and was produced and directed by James William Guercio (who is best known as the producer of Chicago's first eleven albums). The film garnered a great deal of critical acclaim upon its release but saw only limited commercial success. 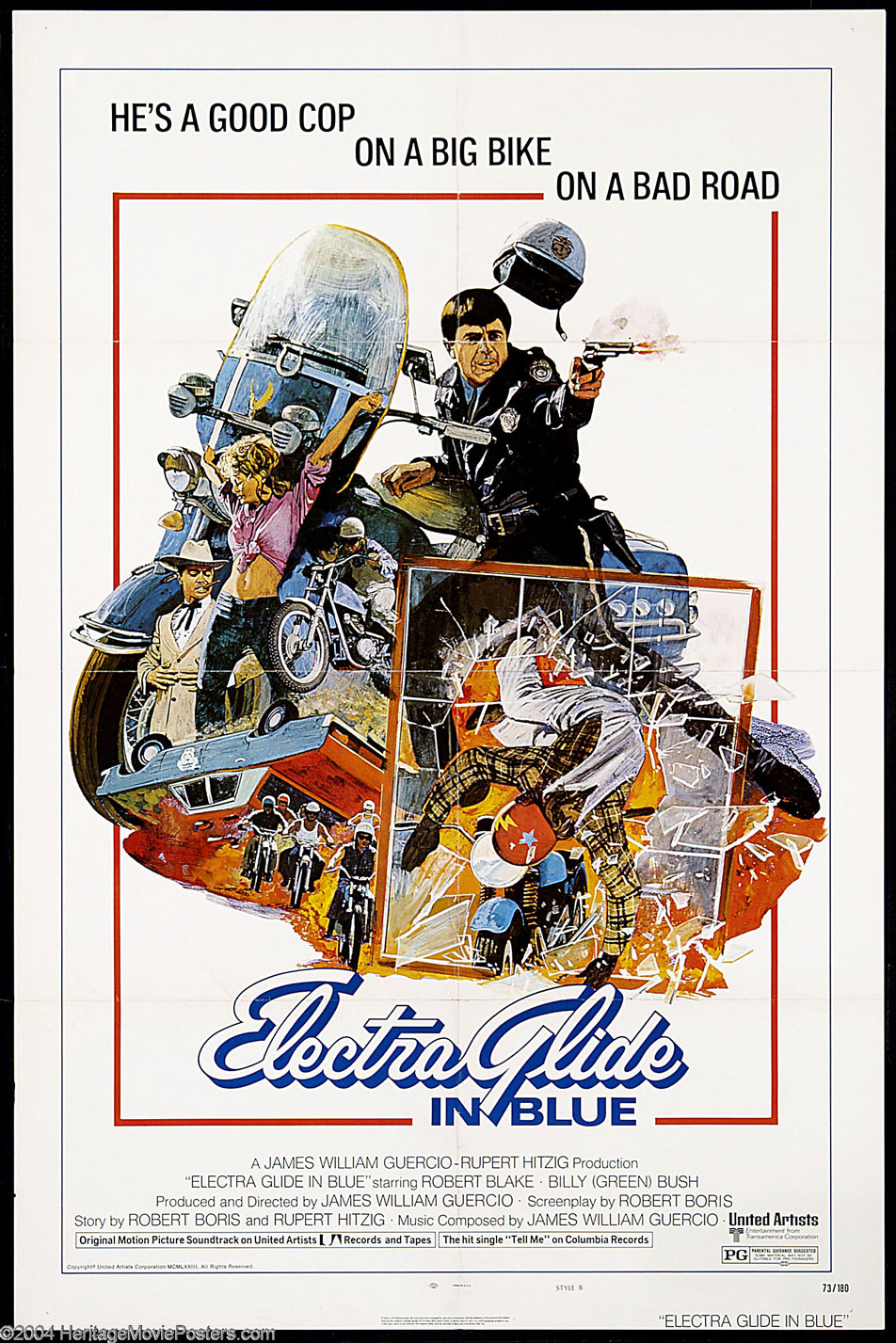